BORDER SECURITY: It has now dawned on the good people of America what is about to happen to them. Biden has not taken the Oval Office yet but his choice of cabinet members especially, the national security team is alarmingly frightening.

Americans should be ready and prepared because Biden does not have good intentions. All the campaign funds he received from China will be repaid in kind and only God knows in what kind that repayment would be. Nobody knows what he received from Iran that made the Iranian president to call on him (Biden) and propose a return of nuclear deal four days after the presidential election.

Has the Americans forgotten the September 11, 2001? So soon? Why does the vigorous protection of the American borders not seem important to the American people? It has never been seen before or ever recorded in history of a country declaring its borders porous and open to all; even the smallest and poorest countries do not play with their border control, how much more a great nation like the United States of America that is the arch-target of the terrorists.

Leaving the US Borders honeycombed will attract all sorts of terrorists and by the time the Americans realize what they have done, the United States of America would become more like Iran, Iraq, Pakistan etc that have been ravaged by terrorist activities. Americans should rise up and ask questions and also, have Biden queried for his actions.

Finally, it is utterly unbelievable to see what is going on in the Republican party. It is not united at all, there are so many bad eggs, saboteurs, lots of infighting, backbiting, backstabbing, lack of unity etc. One wonders what they can achieve without unity.

The Republicans should get up, unite to defend their party and that of the powerless Americans whose votes have been looted. The Democrats would agree on something and go to any length to make it a reality but the Republicans could not even back their president whose right of presidency was stolen in broad daylight.

How could the governor of Georgia, a Republican, allow the recount of ballots without the verifications of the signatures that is the main identity of authenticity, isn’t this the infighting and backstabbing of the highest order? Mr. Kemp should stand firm and do his party a great service by defending the unity of the Republican Party against this injustice going on in America today.

If Mr. Kemp the governor of Georgia with all the power at his disposal could not stand his ground and do the right thing, what power then does an ordinary citizen on the street of Georgia have? 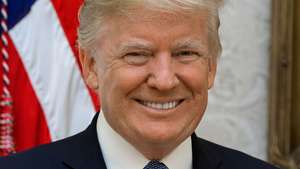